“–These can be villains or just characters you don’t like!”

Top 5 Wednesday (T5W) is a Goodreads group consisting of weekly ‘Top 5’s created by Booktuber Sam from “thoughtsontomes”. If you would like to explore the group more further, there’s a link right here to take you to the main page!

Ah this was a good week! There are so many characters I would like to put onto a Naughty List! These sprung to mind as being the most severe or most horrid, not necessarily evil, but mainly those who had traits or whose actions I really frowned upon.

I can’t remember which of the books she shows her true colours, but she really turns out to be extremely evil and manipulative. She bloody kidnapped Lucien and tortured him because he did not return her affection. I don’t even think she had affection, she just wanted the attention and would cause havoc if things didn’t go her way.

As with the original, Adri and Pearl were the evil Step-mother and step-sister. They really didn’t like Cinder for some stupid reason, and kept making things worse and made Cinder’s life practically a living hell. Adri had the nerve to take the money that Cinder earned whilst working day-in, day-out. And Pearl was just vile in everything she did and said.

Following from number 4, Mrs Read was supposed to care for Jane. However, she was really abusive to her, and also encouraged other people to treat her awful also. She even sends her away to a boarding school as well even when she didn’t want to. Even on her deathbed, she was still extremely bitter to Jane, when you expected she would apologise. She also wrote to her only known relative that she was dead! I mean, how low can one get?!

2/ Alec – Tess of the d’Urbervilles by Thomas Hardy

I am re-reading this book so it’s fairly fresh, but Alec is so manipulative and abusive to Tess! I don’t know how she stayed with him for four months. He was just a horrible person, and doesn’t really redeem himself either. He seemed so ignorant and selfish and those are not good traits at all. There’s also an ‘alleged’ thing he does which is a massive no.

1/ Hailey – The Hate U Give by Angie Thomas 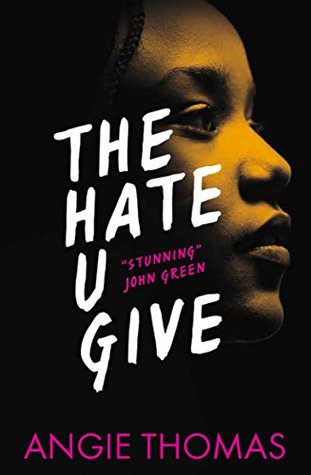 Anyone who has heard of this book (so, basically everyone) you would know that it deals with the Black Lives Matter movement and race issues. Hailey was incredibly racist, not only to Starr, but also to Maya who was Asian. It was worse that she didn’t accept what she was doing, and kept making excuses for her horrid comments. Definitely on the naughty list!

So which characters would you put on your Naughty List? I’d love to know!